Mozambique is one of the countries with the highest proportion of child marriages and teenage pregnancies in the world. It prevents girls from taking control of their own lives and forces them to drop out of school – which in turn gives girls and young women in the country worse conditions for shaping their own future.

Other problems facing Mozambique are a protracted economic crisis and a number of political tensions, both of which hinder the country’s development.

Mozambique is almost twice the size of Sweden and is located on the east coast of Africa. The country went through a bloody civil war in the 1980s, which led to around one million people losing their lives until 1992 when peace was concluded. Since then, the country has had a relatively good economic development, despite the fact that a large part of the population still lives below the poverty line. 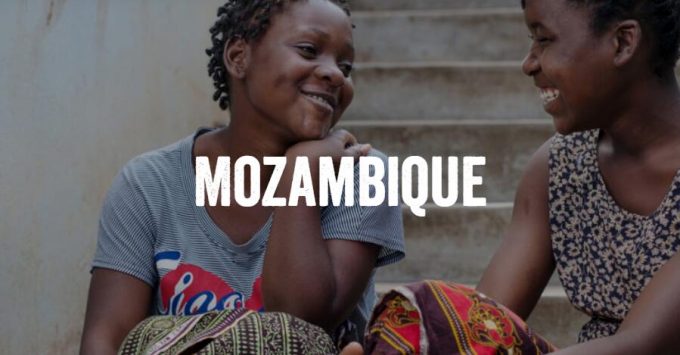 In recent years, Mozambique has experienced a greater military-political tension where previous peace agreements between the dominant political parties have not been kept. This has caused large flows of refugees, both out of the country and internally, as the local population has had to flee unrest and armed violence. As always in ongoing conflicts, it is the children, especially girls, who are hardest hit. In connection with a conflict, for example, there is a greater risk that a girl will be forced into child marriage and have children even though she herself is a child. In December 2016, the political situation improved somewhat when the opposition and the government decided on a ceasefire. But political tensions are still being felt in some areas.

Child marriage and teenage pregnancies are two of the country’s biggest problems. According to UN statistics, almost fifty percent of all girls under the age of 18 in Mozambique have entered into child marriage, which puts Mozambique in ninth place among countries with the highest proportion of child marriages. It is also related to the fact that the proportion of teenage pregnancies in the country is among the highest in the world, 138 per 1000 girls between the ages of 15 and 19 have ever been pregnant. A girl who is forced into child marriage also has worse conditions to be able to support herself in the future.

The country’s economy has gone from being one of Africa’s strongest to being one of the weakest. In 2016, it was revealed that the government was involved in two secret loan deals which, together with a severe drought and falling commodity prices, put the country in an economic crisis. The country’s currency has fallen sharply in value, which has led to major challenges for, among other things, the country’s healthcare and school system.

In the context of climate change, Mozambique is also increasingly exposed to disasters. In March 2019, cyclone Idai struck the coast of Mozambique with full force. Barely five weeks later, it was followed by Cyclone Kenneth. In disasters, we prioritize putting people to safety. Then water, hygiene kits and food are needed. When the disaster is over, Plan International supports the reconstruction, with a clear focus on children and girls.

International plan: children should not have children

Plan International has worked to strengthen children’s rights in the country since 2006. A large part of our work is to strengthen girls’ sexual and reproductive rights. We do this, among other things, by informing about the risks that child marriage and teenage pregnancies entail for underage girls and by exercising pressure work against the country’s government. We also invite children and young people to special clubs where they can discuss gender roles, sex and cohabitation and child marriage.

We also work to ensure that more children have the opportunity to go to school. In a project we run together with one of our partner organizations, we work to ensure that children with different functional variations can go to preschool. Among other things, we teach school staff about how they can better adapt the teaching to meet the children’s different needs.

For young people, we provide opportunities for support and vocational training, so that they have greater opportunities to get a job and support themselves in the future. We also encourage young people to take a more active role in the society they live in, we do this, among other things, by educating young people in special youth groups.

Discussion and conversation for change

In the children’s club, gender roles, child marriage as well as sex and cohabitation are discussed. Here the children can discuss openly and thus slowly change norms and attitudes.

Ravene 2 Primary School in the rural Jangamo district of southern Mozambique has 900 students in just a few classrooms. Here, Plan International’s children’s club meets once a week and learns about issues such as children’s rights, gender equality, child marriage and sexual education. In a country where half of the girls are married before the age of 18 and the gender roles are firmly cemented, it is a matter of starting to challenge stereotypes and norms early. One of the guys joining the club is 14-year-old Baptista:

– I have learned about human rights and about relationships between women and men. I think girls and boys are equally valuable. I always help my mother with the counter at home after school and my dream is to study further and become a nurse, he says.

Mailavia, 12, has a completely different dream:

– I want to become a traffic police officer and make checks on the motorways, she says.

The children get to learn what negative consequences child marriage entails and that girls have the same right to education as boys. A major problem in society is violence against children – both at school and at home.

– Sometimes the teachers hit us when we answer questions incorrectly, it scares me, Mailavia says.

It takes time to change traditional values, such as power structures between women and men or the view of how to raise children. In parallel with the children’s clubs, Plan International works with teachers, parents and traditional leaders to create more equal and child-friendly communities.

I am happy to be able to participate in the training on new production techniques that allow us to grow vegetables all year round and earn enough money to keep our children healthy.

In collaboration with local authorities, Plan International has conducted training for local farmers and associations in new agricultural methods to increase food production so that children are guaranteed good nutrition. In addition to learning about irrigation and new agricultural techniques, participants also gain knowledge about the importance of a varied diet and how food can be prepared better. The education improved the children’s nutritional intake and more children were also able to go to school thanks to increased income in the families.

The fight against child marriage

After Dad had participated in several activities with Plan International, he told us about the importance of education for all of us and that we must do our homework. 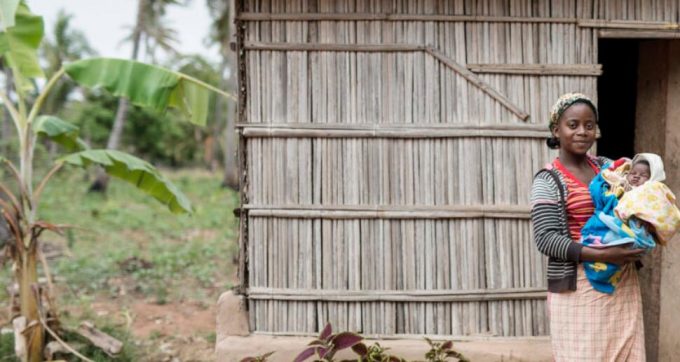